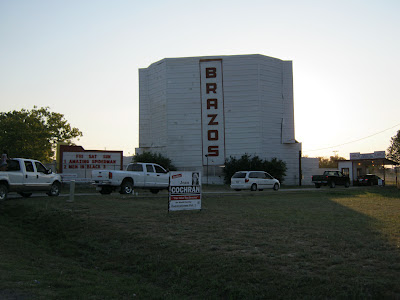 The 4 Males & I thought it'd be fun to hang out at the old Brazos Drive-In. Can you believe my poor boys have never been to one? How do you go through life without ever going to a Drive-In? So off we headed to small town Granbury about an hour away since it's the closest, still operating Drive-In we know of. 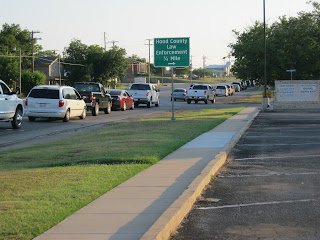 We arrived at 7:15 after stopping at the local Braums for a hearty dinner, which was hilarious because they were quite literal. The youngest 2 Males requested  chicken fingers so we ordered two and were surprised when we literally received one order of 2 chicken fingers. Loved the that's-all-I-get? expressions. 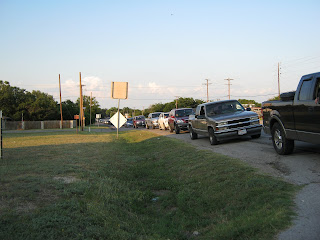 So back to 7:15 pm. We arrived to an already lengthy line of cars, well, mostly trucks and SUVs. This is Texas.

All eager for the double-feature of The Amazing Spider-Man and Men in Black III. It's going to be a late night 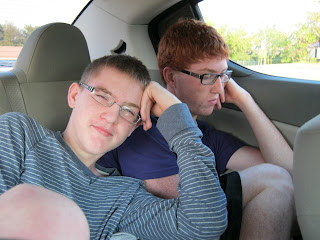 And the younguns wondering how they are going to see from the back seat. Don't worry, grasshoppers, we got you covered. 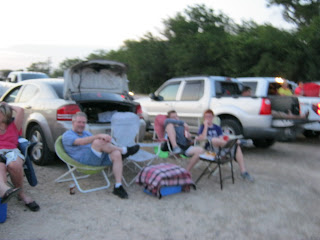 It's called lawn chairs, sitting outside in the quiet cooling Texas air. So Middle Male asks, "When does it start?"

"Well, we have to wait until it gets dark. About 9 o'clock."

"What! What are are we going to do for a whole hour?" 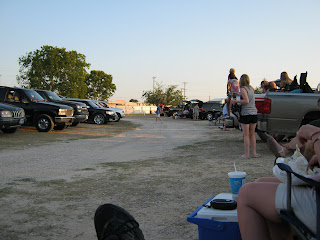 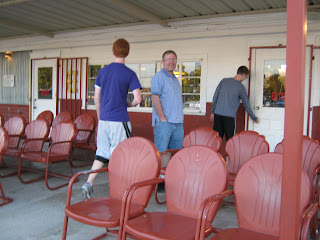 "Sooo, how 'bout we check out the concessions?"

We jump up from our chairs, relieved to have something to do.

The 3 young Males were not so impressed with the cramped interior. Hubby Male seemed to like it though that could be pretended interest for my sake.

I loved the Nostalgic air. The Brazos opened in 1953 and is still chugging away, refusing to be swept away from history into a strip mall or apartment complex. 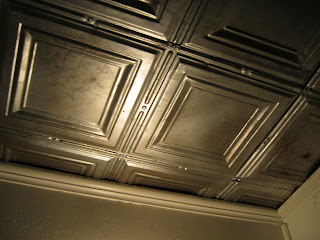 I loved the old painted seats out front and almost wanted to sit under there and have the benefit of a straight on view with the louder speakers instead of what we got through the car (since we weren't sitting in).

Except I also wanted to put my feet up and didn't want to lug the cooler over just for that.

Had to take a picture of the old tin-plated ceiling. Youngest Male said it looked like a chocolate bar. 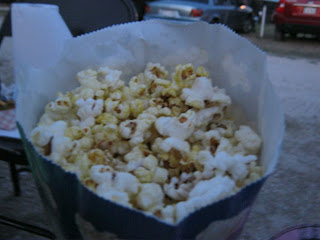 We had to try the popcorn since it is still made in the original popcorn machine from 1953 and drizzeled with real butter melted over the stove. Youngest Male T said we must get one of those. 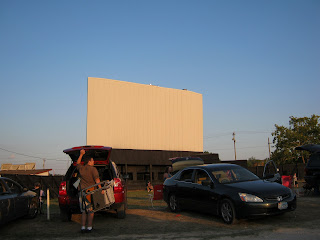 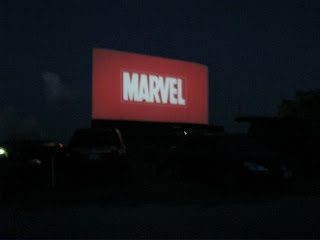 It's dark enough for the show.

And gotta say, Peter Parker is no longer the most pathetic whiny superhero there is.

I approve. It's a good do-over. I can now pretend the other Peter Parker never existed. And re-set...

Since all of us but Red Head Male saw Men In Black III, we decided to forgo staying up for it. RHM was not that pleased since he had already seen The Amazing Spiderman. Ah well. We made it home by 12:45 am.

How fun Clover! Thanks for sharing your family night. :)

Yeah, it was a really pleasant unordinary evening.

That is great! We had a few great drive in theatres, only one left here in the Salt Lake Valley, good old redwood drive in. Loved them growing up.

the 'skeeters were out in force, glad we had the downy fabric softener in our pockets!

Very funny Anonymous. I know who you are. What he's referring to is that I heard the fab softeners kept moquitoes away so I took some. Didn't seem to work, but I didn't have the Downey brand so who knows. Actually I didn't get bit, but I resorted to bug spray pretty quick.

All the tips that you need to write a great paper you will find in this blog article. Check it out sooner or later