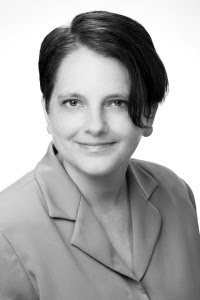 I've interviewed another NTRWA pal for the Examiner. Wendy Watson. She is great. She gave a workshop for us once called "writing naked" which was very fun and extremely informative, but then she is a professor by day so she should be able to keep a bunch of students, fellow writers in this case, engaged.

Wendy's book Ice Scream, You Scream (love the title--though it makes me hungry) is out this week. 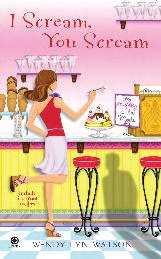 I SCREAM, YOU SCREAM is the first in a series of cozy mysteries featuring
Tallulah Jones, proprietor of Remember the A-la-mode, who solves murders in
between scooping sundaes. In I SCREAM, YOU SCREAM, Tally's got a
struggling business, a crumbling historic house, a two-timing ex, and a big ol'
mountain of debt. She's forced to swallow her pride and cater dessert for
a company picnic thrown by her ex Wayne and his new girlfriend Brittanie.
What's more, Tally's high school beau, Finn Harper, returns to town just in time
to witness Tally's disgrace. Then Brittanie drops dead, and everyone in
Dalliance, Texas, starts placing bets on whether Tally or Wayne killed
her. It's up to Tally to find the killer before she gets fitted for an
orange jumpsuit.

What is something most people don't know about you?

I'm an enormous geek. In high school, I hit the nerd trifecta: Quiz Bowl
team, competitive computer programming, and math summer camp. I'm
not ashamed of that, mind you, but given that I'm now in a more right-brained
field, my inner mathlete surprises some people.

Wendy Watson's next book in the series, SCOOP TO KILL, is due out next July (National Ice Cream Month!).I SCREAM, YOU SCREAM Launch Party, Denton Barnes & Noble - October 20, 7:30 p.m.Death By Decadence: A Chocolate Tasting and Book Signing (with Misa Ramirez), The Book Carriage in Roanoke - October 23